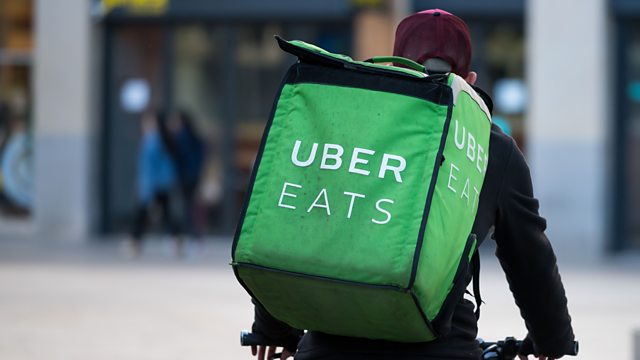 How the growth in food delivery apps could change the restaurant industry forever. Manuela Saragosa speaks to Moe Tkacik from the American Economic Liberties Project about the threat posed to restaurants by the dominance of platforms like DoorDash, Uber Eats, and Deliveroo. Collin Wallace, former head of innovation at GrubHub and CEO of ZeroStorefront, explains why these platforms continue to expand despite never making a profit. Food writer Jonathan Nunn discusses the breakdown of the relationship between customers and restaurants, and what that could mean for the future of the industry. And restaurateur Charlie Mellor tells us why his experience with delivery apps led him to set up his own rival platform.

Saragosa: Hello and welcome to Business Daily from the BBC I'm Manuela Saragosa.  In this edition, food delivery app. Who hasn’t used one in lockdown? After all it’s a way of keeping your local restaurant in business. Isn’t it?

Tkacik: So I don't think you could call them a lifeline to restaurants because they really have an inherently predatory business model.” We are asking what food delivery apps are doing to food outlets.

Saragosa: So here is something you might not know, it's apparently really, really difficult to find good Italian pizza in Washington DC.

Tkacik: It is a pizza Wasteland. Washington D.C. is. There yeah it's. I’ve had the worst pizza of my life in this city. I'm sure that you could go to any major city in China and get far superior Pizza.

Saragosa: Moe Tkacik is a senior fellow at the American Economic Liberties Project in Washington D.C. She knows about the lack of good pizza in Washington D.C. because it is where she lives with her husband who is a chef. When the pandemic and lockdowns hit, Moe and her husband figured they could keep his restaurant going by making deliveries. His restaurant after all makes good Italian style pizza; and there were enough food delivery apps to do the job for them. Doordash, GrubHub, Ubereats but Moe says these weren't as restaurant friendly as they first appeared.

Tkacik: He came home one day and said ‘Oh my God, you'll never believe this. The delivery apps. It cost 30% to be on them. They take 30% of your sales.’ And I was just astounded. 30% is also where restaurants try to keep their labor cost. To give another 30% to these sort of anonymous platforms, with you know, with notoriously poor service, that also charges the customers, seemed unthinkable.”

Saragosa: Now, to be sure delivery apps have been a lifeline to restaurants in the pandemic. However, people like Moe are worried that their rapid growth in recent years, supercharged by the pandemic, is doing the restaurant industry more harm than good.  It's not just about the hefty commissions, it’s the fear that they are taking over the restaurants themselves and Moe says, it starts the moment that we, the customer search online for a restaurant.

Tkacik:  What we've found from even restaurant chains that have pretty decent marketing budgets, is that they regularly get outbid for the search terms related to their own restaurants by the delivery apps. So, what happens is when you Google the restaurant, you'll find Grubhub link, a Grubhub link, an Ubereats link, an Ubereats link, a Doordash link and the average consumer will not see the restaurant's actual website. They will go to one of the delivery apps and the restaurant will not only lose 30% of their sales, but they will lose that customer relationship that they had before.

Saragosa: Effectively, what you've been doing, by using these delivery apps, is you've been feeding a competitor or a rival.

Tkacik: “That's how a lot of restaurants feel about it. They are no longer working for themselves, they're working for the delivery apps.  They are cut off from information about their customers, cut off from the ability to incentivize those customers to order again or to order this not that.  So if you go on to Doordash for instance, you know, you order from my husband's hotel or an address across the way from my husband's hotel, and you try to get pizza, or you try to get Italian food, you will get, you know, some ghost kitchens.”

Saragosa: What is a ghost kitchen?

Saragosa: So what they are doing is basically looking at what people are ordering in an area, and setting up a ghost kitchen, because I know that people order that kind of food in that area and they are actually taking business away from you.

Tkacik: Exactly! It’s the Amazon model, the Amazon private label model. If you were aware there was quite a bit of controversy generated about a year ago when the Wall Street Journal reported that Amazon was systematically going into its Marketplace observing the data about what was selling and copying those items and preferencing them on their algorithms.  This is what Doordash is trying to do, this is what Ubereats is trying to do. They are trying to make this a more vertically integrated business and use all the data that they've generated from fulfilling orders from restaurants, to kind of, bring all of this in-house.

Saragosa: We asked the major delivery companies for comments. All of them stressed that they were committed to supporting restaurants and the thousands of people who rely on them for work. GrubHub added that is had spent hundreds of millions of dollars to support restaurants including forgiving in reducing commissions and increased marketing support and restaurants specific coupons funded by GrubHub. Doordash said that the fees they charge are critical to ensure they pay and insure that delivery drivers and produce a quality service. But the fact still remains that a handful of tech companies are taking an increasingly powerful position in the restaurant market.  And they have seen huge growth during the pandemic, so much so, that in the UK, Deliveroo is now expected to sell its shares later this year and is valued at up to $12 billion even though the company has never actually made a profit.

Wallace: My name is Colin Wallace. I was the former Head of Innovation at GrubHub. I was also the CEO of Farm Hill and the facility we created at Farm Hill is now Doordash Kitchens.

Saragosa: Collin there has been described as the “Grandfather of food delivery apps”

Wallace: I had started this when I was a senior in college. The idea was you could text message a restaurant, and they would bring you food to your classroom. What we created was a lot of technology around sending orders to restaurants, and syncing restaurant data.  We built a lot of what became the backbone of in a modern-day delivery.

Saragosa: Collin is also worried about the impact his invention is having.

Wallace: The model wasn’t always what we see today. If you look at the original Grubhub model, we would go and get customers for you to give you a more convenient way for your customers to order.  We would pass that information on to you and you would fulfill it. You would make the food, you deliver it with your own drivers all those kinds of things.  What that meant was that restaurants were in the loop on their customers.  They could see the data, they could see who the customer was, and the end touchpoint to the customer was controlled by the restaurant. It wasn't controlled by us.  When the on-demand economy started and all the sudden you could make a lot more money doing delivery, basically arbitraging the difference between contract workers and employees. Well now all of the sudden delivery becomes part of the business. This is when you started seeing the proliferation of the apps telling restaurants “Well, it's not your customers, it’s my customer and you don't need see who they are, you don't need their phone number, you don't need this, just make the food, make sure it's ready on time I'll take care of everything else. I'll send you your check in the mail. That is what the model has become today.

Saragosa:  One thing about these delivery apps is that they just don't make money. Can they ever make money, do you think it'll ever be a sustainable kind of business?

Wallace: Well, Delivery apps are really running two businesses. One is the businesses of selling their product and their services, but there is this whole other business that is selling their equity. Move companies, many of them who are public now, who have literally never made a profit, not once, ever. But have 50, 60, 70, billion-dollar market cap and that is a reflection of their ability to sell their equity or shares.  What that has enabled these platforms to do is become extremely dominant, because they don't really have to make money. Not in the short-term.

Saragosa: But eventually, they have to make money. Don’t they?

Wallace: Well in theory. But what's more likely is that everyone else who's competitive to them dies in the process and then they can raise prices and start making money. We have a number of players but now consolidation has kind of whittled them down to three or four of them, and they'll keep spending as long as they've got access to cheap capital, they will keep spending to outpace each other and in the process, the average restaurant will suffer.

The reality is that there are going to be a lot of restaurants that don’t make this transition. The ones who suffer right now are the smaller restaurants that have a harder time adapting to the technology, and undifferentiated brands.  So, if your product is something that is easily replicated; you are just producing a regular hamburger. Well if I own the customer, I own the delivery network, I own all those components, it's easy for me to start producing that hamburger myself. What do I need you for?

Saragosa:  And that's what you mean by you all in the customer in these apps. Obviously, these delivery apps have a lot of data so they know who is buying what and where.

Wallace: Yeah, and I think that the technology industry has realized that there's a lot of opportunity and potential in the food space. In some ways they have kind of declared war on this segment that traditionally has been first-generation immigrants, it's been people who have a dream to build a restaurant. It has kind of been the first rung on this ladder to building economic freedom and liberty. The delivery apps have realized that taking value from these people is an easy fight from a technology perspective. That is kind of what has been happening, and it is not a new strategy. If you think about Standard Oil and JD Rockefeller's they did the same thing. They told refineries, ‘you can either join our cartel, or we will put you out of business. Those are your options, and if you join us then at least you won't die, but you're also not going to get rich.’

Saragosa:  That is Collin Wallace, now co-founder and CEO of ZeroStorefront. The number one text message marketing company for restaurants. A company that he hopes will hand a bit more of that power back to restaurants. 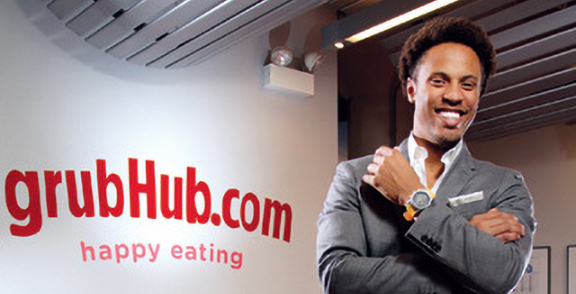 This entrepreneur sold his food-ordering tech to Grubhub one decade ago, now he's created a startup that puts restaurants back in control.
Read more 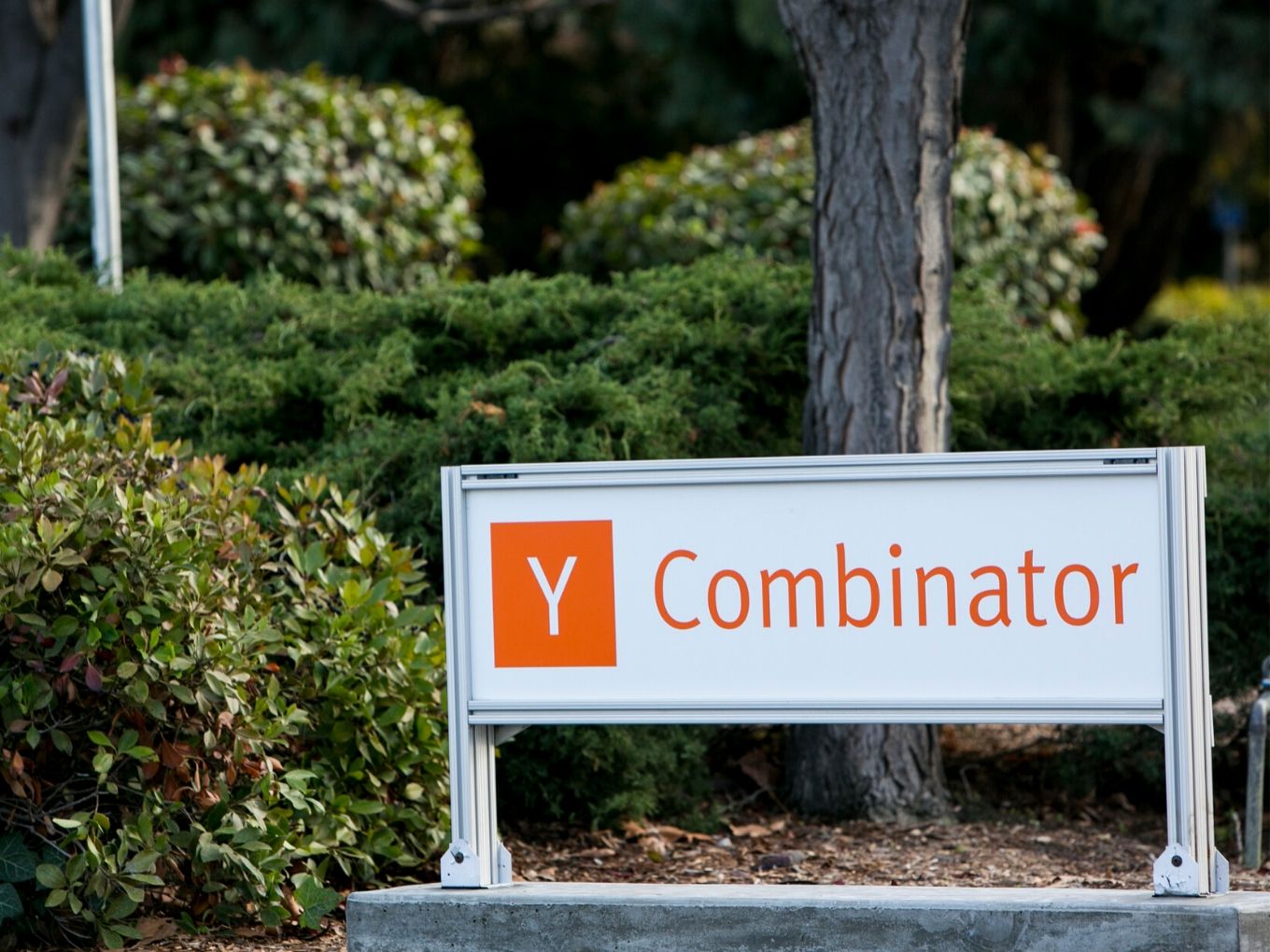 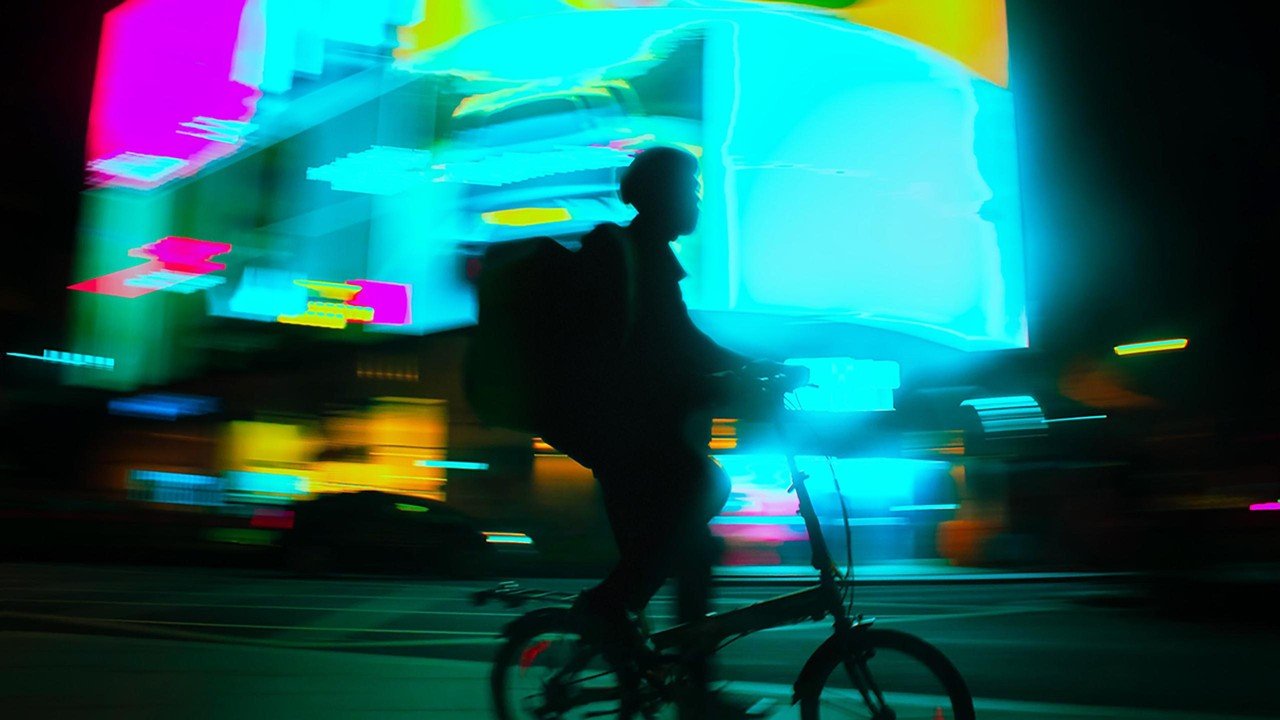 Gulp! The secret economics of food delivery: How DoorDash and Deliveroo are changing the way we eat
Read more 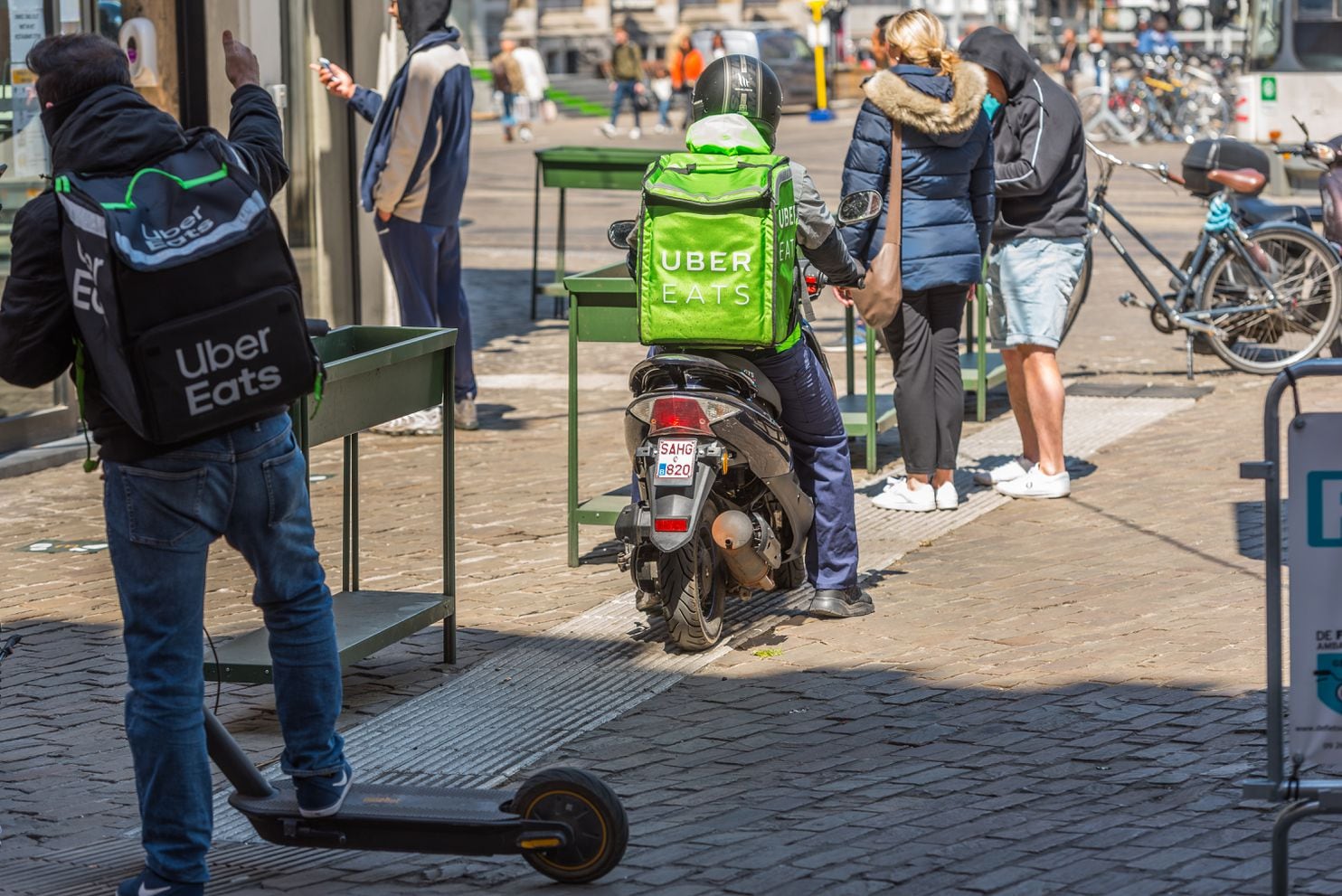 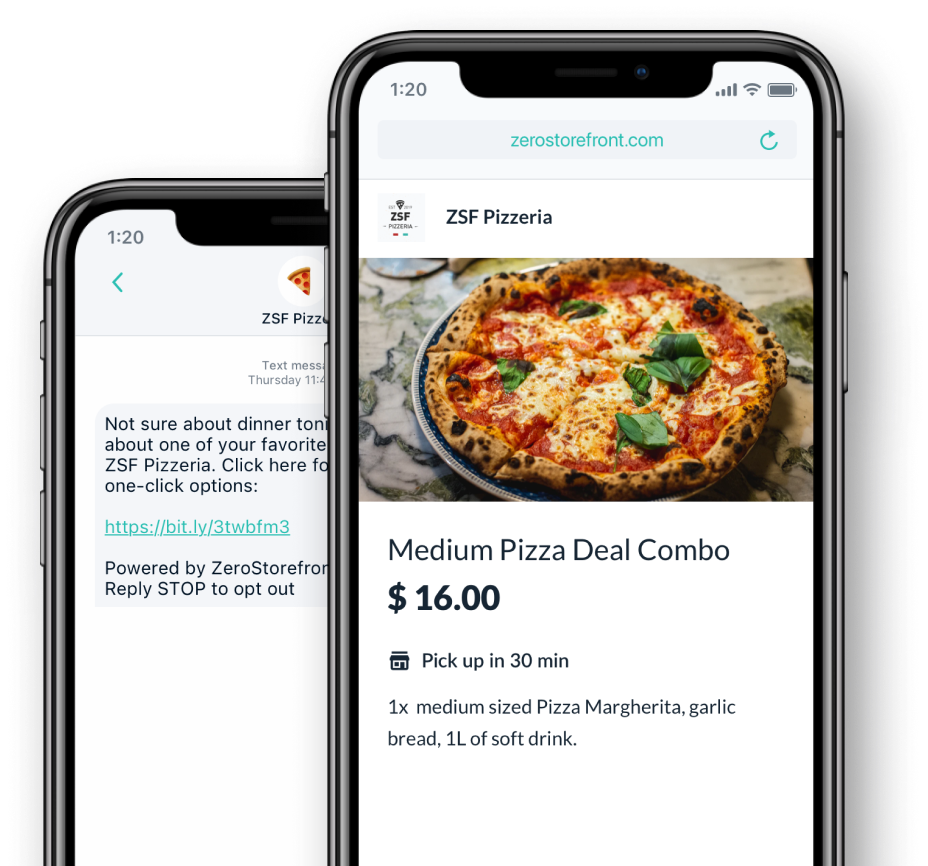